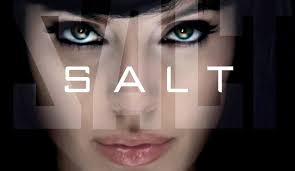 I caught the last hour of the action thriller "Salt" yesterday. Starring Angelina Jolie as super agent Evelyn Salt, the story revolves around an attempt by Russia to hijack the nuclear arsenal of the USA in order to launch attacks on Tehran and Mecca. The aim of this plot is to rouse over a billion Muslims into enmity against the USA. The film was released in 2010.

It struck me that this story nestles very snugly on the assumption that the world's Muslims require a provocation in order to be at war with the USA or the West in general.

If there is one thing I wish non-Muslims could get into their heads it would be that they could at least understand that the Islamic world, the ummah, is by its very nature at war with them. Islam defines itself in terms of hostility and conflict with the domain of kufr, or unbelief. Islam is dogmatically committed to the eradication of unbelief. Muslims may use various issues as pretexts for this conflict but this binary worldview lies at the heart of all manifest conflicts.

As Samuel Huntingdon noted in his Clash of Civilizations, "Islam has bloody borders."

It can be very difficult to remember the hostile nature of Islam when surrounded by Muslims who are less aggressive. I look at Islam as a sword: only a small number of Muslims occupy positions along the leading edge where it cuts into its victims. Other Muslims occupy positions further and further from this leading edge but they are all essential parts of the same weapon. Without the handle the sword could not be swung; without the spine of the blade the leading edge would have no strength; without the "vast majority of Muslims" it would have no mass.

John Quincy Adams understood the situation perfectly when he said, "The precept of the Koran is perpetual war against all who deny that Mahomet is the prophet of God."