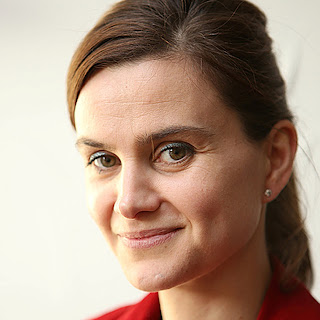 Jo Cox, by all accounts, was a thoroughly committed humanitarian; a person of the left with clear convictions and great energy in pursuing them. She impressed people with her energy and enthusiasm. It is very sad that such a talented and compassionate person has been murdered.

Perhaps it is an occasion to reflect on the circumstances of her death.

What she and others like her tend to overlook is that this added to an environment which is already diverse, in the sense of different attitudes, beliefs, and levels of tolerance. Diversity, contrary to what its proponents may believe, will bring people into closer contact who have more extreme differences.

"Diversity" in the multicultural environment is touted as an unalloyed good. But it is one of those empty, unqualified terms that are much in favor in fashionable circles. For diversity to mean anything and whether or not we should "celebrate" it we need to know in what the diversity consists of and the degree to which these things are diverse. Extreme differences are explosions waiting to happen.

The point I’m trying to make here is that although the Left tends to think mainly of non-indigenous people when they talk of “diversity”; they are in fact adding more diversity to a society that is already diverse. This creates “diversity” but probably not in the sense that Jo Cox would readily appreciate.

Andrew Neather, an advisor to the Blair government in the late 1990’s, reported that Blair’s government decided to open the country to mass immigration and laughed at the idea of “rubbing the Right’s nose in diversity”.  There was not even a democratic mandate to do this.

With diversity comes greater potential for conflict. She is one victim of that conflict. This was a flash point.

There is much talk of Jo Cox being the victim of “hatred”; she could just as reasonably characterized as the victim of “diversity”, or vacuous thinking for that matter.

On the West Yorkshire news last night, the item on Jo Cox’s murder was immediately followed by a report on the conviction of 17 men from Calderdale for offences of sexual grooming, rape, and trafficking. Calderdale is about 10 miles from Spen Valley (Jo Cox’s constituency). This is also an area “celebrated for its diversity”.

All the men convicted for these crimes are of a non-indigenous background. They come from a culture well-known both for the low status given to women and the contempt felt towards those outside the religious tribe. The founder of said religion even engaged in the enslavement of female captives.Their victims, young girls from Halifax, are also victims of diversity.

Postscript: Just seen another tribute to Jo Cox in which she is described as being someone who "only saw the good". Sorry, but that is just stupidity. It's the kind of stupidity that is popular and appears benign but lack of threat awareness is not good.