From Compliance to Dominance: Islam and the Power of Numbers

One of the things that constantly bothers me is the effect of growing numbers of Muslims on the nature of my society. Is it going to become more and more like Muslim majority societies elsewhere in the world?

Some writers have pointed out that there appears to be a “Rule of Numbers”  with respect to the behavior of Muslims towards non-Muslims whereby a larger proportion of Muslims in relation to non-Muslims leads to increasing discrimination and violence against non-Muslims.

This to me seems like a very believable pattern, and one for which there is considerable evidence, but what could explain it in more detail?

One thing worth considering is the effect of situational factors on behavior.

In 1973 a very interesting social experiment was carried out at Stanford University under the direction of Prof. Edward Zimbardo. 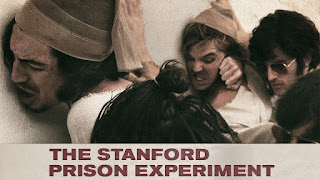 A mock-up jail was constructed in the cellar of Stanford University Psychology Department in order to test the effects of prisoner and jailer roles on a set of students. Zimbardo expected the social roles given to each person to alter their behavior in ways independent of their disposition. That is to say, there are factors in any situation or social context which drive behavior regardless of an individual’s more persistent character traits.

A request was made for volunteers to participate in the experiment and all those who applied were subjected to various psychological tests to weed out anyone with a problematic disposition such as a history of drug abuse, violence, or other form of criminality.

Volunteers were assigned to the role of prisoner or jailer at random. Various ground rules were laid down, such as no violence, and a general instruction was given to the jailers to maintain order.
You can read in more detail about the experiment here.

These are the main points:

This study provides us with some insight into the way people relate to other people when there are social structures of dominance and submission and how these structures affect their behavior. These factors are particularly relevant when we look at the role of non-Muslims in Muslim majority countries. Under Sharia there are clearly defined ways in which non-Muslims are designated as inferior to Muslims: they cannot testify against a Muslim in court; they cannot occupy a position of authority over Muslims; they cannot criticize Islam and they cannot proselytize their own religion; a Muslim cannot be punished for injury to a non-Muslim, etc.

But even without these formal structures there are informal, cultural patterns of thinking and behaving which are informed by a sense of superiority. Islam has a strong in-group / out-group mentality which underpins cohesiveness among Muslims and denigration of non-Muslims. This is a very common dynamic of in-group / out-group structures. Obedience and loyalty are the top priorities.

“Accordingly, whatever the anecdote of persecution, it typically fits under a specific theme, including hatred for churches and other Christian symbols; apostasy, blasphemy, and proselytism laws that criminalize and sometimes punish with death those who “offend” Islam; sexual abuse of Christian women; forced conversions to Islam; theft and plunder in lieu of jizya (financial tribute expected from non-Muslims); overall expectations for Christians to behave like cowed dhimmis, or third-class, “tolerated” citizens; and simple violence and murder. Sometimes it is a combination thereof.


Because these accounts of persecution span different ethnicities, languages, and locales—from Morocco in the West, to Indonesia in the East—it should be clear that one thing alone binds them: Islam—whether the strict application of Islamic Sharia law, or the supremacist culture born of it.”

I think it’s the last point that really concerns us here: the supremacist culture. What is a supremacist culture? It’s one that sets a group (the in-group, in this case Muslims) above all others (the out-groups, be they Hindus, Christians, Jews or more broadly non-Muslims) and renders certain forms of behavior acceptable towards these out-groups that is not acceptable towards members of the in-group.

It is a culture wherein in-group members are deemed to be superior to all out-group members simply by virtue of in-group membership. Loyalty to the group is of supreme importance and must override any consideration for non-members who are always to be despised. It undercuts empathy and concern for outsiders as fellow beings.

These social divisions and the attitudes that accompany them have close parallels to those studied in the Stanford Prison Experiment. The social context of any Sharia-compliant society, to whatever degree, confers upon Muslims a power advantage.

We see the fruits of these attitudes and beliefs in places like Pakistan where the dehumanisation and mistreatment of non-Muslims by Muslims is commonplace and goes largely unpunished. Take the example of Sunil Saleem, as reported in the March 2018 Bulletin of Muslim Persecution.

Sunil Saleem and his family were attacked by hospital staff in Lahore when they tried to intervene on behalf of his sister-in-law who was in severe pain from labor. The doctor, Dr Saira, called upon other hospital and security staff “to teach these Christians a lesson”. Sunil Saleem died as a result of this “lesson”.


Too many of the perpetrators of such crimes go unpunished in accordance with the supremacist culture of Islam. Such impunity emboldens aggressors considerably.

The Muslim behavior that we see at present in Western societies is the expression of the situational factors prevailing at this time. They are in a minority.  Now, we don’t know anything for certain; we know only probabilities. But if Muslims behave as they do in Pakistan, where they are a majority, what is the likelihood that they will increasingly behave this way in the West as their numbers increase thereby changing the context?

The power of numbers is a form of power, perhaps one of the greatest. Power tends to corrupt. Add to the situation a culture with an unbounded sense of its own superiority and you have exactly what we see in Pakistan – the abuse of non-Muslims; the abuse of power based on numerical superiority and discriminatory laws.

The behavior of Dr Saira and her staff arises in a context (situation) where she and her staff belong to the dominant group. There are few, if any, controls to restrain their reactions. The Christians are in a particularly vulnerable position.

If Muslims gain more control over society, as their numbers will inevitably ensure that they do, why would it be in any Muslim’s interest to oppose this or to offer support to the infidels who are losing control?

Muslims have already learned that we will keep flattering and protecting their religion from criticism because we fear them. This conforms to the behavior expected of non-Muslims.

Even less fervent Muslims would surely maintain silence and feign support for the growing Islamisation? And surely the growing power of Islam would turn all towards greater conformity like a magnet changing the orientation of millions of needles?

Add to this the increasing sense of superiority and destiny with which Islam invests its members on account of worldly conquest and the social dynamics under the spotlight in the prison experiment are multiplied many times.

It is easy to see how dominant and submissive behavior once adopted (especially over the long term) generates further dominance and submission. The contempt felt towards the subordinate people is apt to stimulate further contempt and to reinforce in-group / out-group boundaries.

The power that numbers will bring will enable Muslims to change the social context in western societies in other ways that will enhance the inequality between them and non-Muslims. For example, criminalizing criticism of Islam, an agenda which is already well advanced, will raise Muslims above non-Muslims. The recent ECHR ruling against Elisabeth Sabaditisch-Wolf for “disparaging religious doctrines” demonstrates very clearly how Muslim numbers and the threat of violence can be used to sway legal judgments.

If Islam gains greater protection from criticism in western societies (as is happening right now), they will have established Sharia-compliant inequality between Muslims and non-Muslims. This will be the foundation of further inequality and have a drastic effect on the social context.

The question is: how do the compliant, multicultural Muslims of the West become the persecuting Muslims of places like Pakistan? The answer I think lies in the continuously shifting social context which, as Muslims become a larger proportion thereof, is continuously drifting in the direction of Islam and greater Islamic power.

I can only foresee the West slowly dropping to its knees in the face of this.
Posted by Greg Hamilton at 10:00 2 comments: