As Islam makes further in-roads into Western societies that have a tradition of free speech, we are witnessing an intensification of the inevitable conflict between the freedom to question and ponder and the desire to prevent speech critical of Islam.

Whilst revisiting the blog of Mark Durie recently I came across a very good series of articles that shed light on these issues and more generally on why people say what they do: to reveal, to question, to conceal, to threaten, to illuminate.

The first is an opinion piece by the journalist Paul Sheehan in the Sydney Morning Herald in which he gives voice to an observation that many non-Muslims have pondered, namely, that Islamic texts are routinely used to justify killing and persecution in the name of Islam. See

The second is what can only be described as an attack on Paul Sheehan and freedom of speech by Randa Abdel Fattah, a PhD candidate in sociology, in which she deploys the familiar tactics of guilt by association, smearing, and victimology to argue that any examination of Islam’s scriptures risks turning the ire of non-Muslims on powerless Muslims. This being an example of how free speech arguments are used to reinforce existing power imbalances.

Free speech used to mobilize hatred of Muslims
The third is a rejoinder by a Dr Mohamad Abdallah, which argues that Paul Sheehan is not competent to interpret the Koran or Hadith and that a scholarly interpretation looking at verses in their proper context suggests a much more moderate interpretation.
Critical opinion of Islam ignores the fundamental truths
The fourth article is by Dr Mark Durie, in which he takes on Dr Mohamad Abdallah’s challenge to interpret the problematic verses in their proper context and to be informed by the customary interpretations offered by authoritative Muslim scholars.  What he discovers is that context is not a magic wand that always makes the interpretation more benign but can also make it worse.
Violence and Context in Islamic Texts
I'm sure you can judge for yourself which speakers have the most honourable intentions. 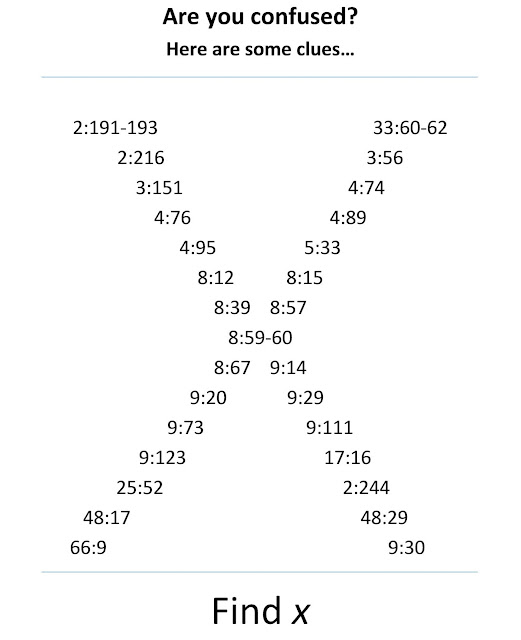 Posted by Greg Hamilton at 17:40 No comments:

How to disable the communication systems of a whole society

During the execution of Operation Desert Storm, I was impressed with the logical order of the campaign. First item on the list was to degrade and destroy the communication and control systems thus rendering the enemy deaf and blind and unable to collect information centrally to get an overall assessment of where we (their enemy) were operating. The aim was to impair the enemy’s ability to get any advanced warning of where we aimed to invade or how we intended to do it.

Radar systems at points throughout the country and the relays that transfer the information to the central command are the key components of the system. A command centre can only act effectively if it has good intelligence to work with. Without it, it is to extent rendered more stupid, like the one-eyed Cyclops blinded by Ulysses.

We also sought to sow confusion by planting misinformation in order make the enemy believe we had Plan A whereas we had Plan B. To this end we carried out exercises for an amphibious landing, which was not our true intention.

Once we had downgraded the communication systems using cruise missiles, we were able to deploy aircraft more safely and hit more targets, thereby gaining ever greater control of the air.

It was the undermining of the communication systems that was the key to our success. Without it we would have sustained more losses and become more bogged down and this would inevitably been followed by a gradual reduction in public support and loss of confidence.

If you wanted to undertake the conquest of a society without the military superiority that we had in relation to Saddam Hussein’s Iraq what would you do?

When you don’t have military superiority the objective is very similar: You must downgrade or destroy the transfer of information to the command centres from any points where information that is contrary to your interests emerges. By comparison, the military strategy is a simple matter since within a whole society, rather than just it’s military systems, you cannot assess or control the battlespace to anything like the same degree.

When Raymond Ibrahim’s talk at the U.S. Army War College was recently postponed (i.e. cancelled for June 19th 2019), the success that CAIR and thousands of other Muslim advocacy groups have had with such a strategy really came home to me.

Researchers like Raymond Ibrahim are like the outlying early warning systems that need to transfer information to the command centres. Without this intelligence, the command centres cannot operate effectively and can only make decisions based on guesswork. Well, that is just what the U.S.A.W.C has done in this case.

The ability of CAIR to succeed in this is the result of years of persistent and careful work to undermine the credibility of anyone with information to share such as Raymond Ibrahim. CAIR is essentially a PR company for the Muslim Brotherhood. Its role is managing the news in order to put the best possible spin on the beliefs and behaviour of Muslims. One means of doing this is to attack anyone offering information that contradicts their information management message.

Given that the truth can emerge unexpectedly from any quarter you have to have a means of nullifying what rational people might say. You cannot counter them with Reason since, as aforesaid, they are rational, therefore you must resort to irrational means.

A prime example of this is the charge of “Islamophobia”. Islamophobia is a word with no demonstrable meaning. Perhaps because of this it can be deployed to stigmatize someone as unworthy of attention. It is not the only weapon in CAIR’s informational arsenal, but it has proven to be one of the most effective.

The term plays a subtle and complex game with fear. Firstly, it uses a psychiatric term affixed to the name of a religion in order to imply that any concern about Islam springs from irrational fear. At the same time, it makes people afraid to have the word ascribed to them, since it is now a member of a group of words (homophobia, transphobia) which are used as pejoratives for anyone not wholly in favour of certain conditions or behaviours.

The word has the effect of rendering concern about Islam socially unacceptable (at least in public). It makes people reluctant to investigate, to reason logically, or even to associate with those who do. It thus makes communication about Islam very difficult. It has also been used very cleverly to associate criticism of Islam with racism – which is logically absurd.

Which brings me to my other point: the spread of confusion as a military tactic. Once important sources of information like Raymond Ibrahim are blocked; once Emotion is given priority over Reason; once categories like Islam and race become interchangeable; once any correction of these fallacies becomes harder; then, we are weakened, susceptible to false hopes and hopeless solutions
This is how societies’ early warning systems can be disabled.

The fact that CAIR can describe Raymond Ibrahim as a “white supremacist” and get away with it shows just how much CAIR can lie with complete impunity. How is this possible?

The degradation of the communication systems now means that what would have, if used at the outset, been riskier methods of attack can now be deployed with success. Hence, describing Raymond Ibrahim as a “white supremacist” is not called out immediately as patently absurd due to the fear induced by accusations of “Islamophobia”.

Thus, are prime information assets nullified and society left wide open for conquest.
Posted by Greg Hamilton at 20:31 No comments:

Why does the Left defend the far Right?

Whenever I mention anything critical of Islam to left-wing people they tend to spring to Islam’s defense. Not through any logical defense of Islam’s merits (they know nearly nothing about Islam) but by means of illogical refutations (what about the Crusades; what about the Inquisition; what about colonialism), all of which have no logical bearing on the merits of Islam.

There is an immediate labeling process that takes place before you can even blink. Their minds instantly apply the labels of racist, bigot, Islamophobe; and, henceforth, anything I say is framed by these labels and marked as intolerant, bigoted, and invalidated. They have fallen into the poisoning the well fallacy. What a person does in this situation is to infer that nothing a person of a certain character says can be true. They set themselves up to commit the ad hominem fallacy.

So, they know next to nothing about Islam and yet they defend it.

They may acknowledge that they don’t like certain aspects of Islam but they will defend Muslims’ right to hold their beliefs.

Would they defend the right of Nazis to hold their beliefs?

This may seem provocative but Islam shares many characteristics with Nazism, as I’ve pointed out before.

In a previous post I identified eight key features of far right thinking (Authoritarianism; the subjection of women; hostility to out-groups; hatred and distrust of Jews; general hostility to minorities; intolerance of non-conformity; intolerance of homosexuality; resort to violence to impose their will).

I could also have mentioned that far-right ideologies like Nazism do not respect freedom of speech.

On all of these points Islam is in agreement. By any logical definition it is “far right”.

And yet, in their blind, illogical muddle the Left defends it.

Posted by Greg Hamilton at 16:52 No comments: