This blog is a study of a mentality.

The nature of this mentality is very difficult to pin down. It is the product of many different social currents: liberalism; social liberalism; socialism; Christianity in its more non-conformist manifestations (Methodism, Quakerism, Presbyterianism, etc); Marxism; Progressivism, Political Correctness. People are committed in varying degrees to the features of this mentality: some are strongly committed to the conflict perspective of Marxism or socialism; some to the altruistic tendencies of Christianity; some have a vague sense that liberal thinking, especially social liberalism and welfarism, reflect more positively on their moral character; some are just against their own society for whatever reason. In many cases, people adopt these attitudes at second or third hand, falling into the soft embrace of moral relativism and tolerance of everything, a kind of moral laissez-faire. Others have been infected during their attendance of university: post-modernism, the various "Studies" programmes which are nothing if not ideologically biased.

This utopian and naive mentality is now opening the gates of the city, metaphorically speaking, to the forces of Islam, a long-standing, powerful, relentless, and poorly understood social movement of enormous brutality. Deaf to the cries of those who know more about this movement, the details of its ideology and its historical record, they seek to silence these voices as the remnants of an out-dated, backward-looking mentality of bigotry and distrust. Simply be nicer to everyone and all will be well, they say.

Malsi-Tung is the name I use to denote the interweaving of these social currents: on the one hand Islam, which has well-documented, historically proven, and theologically grounded aspirations for global domination under Shariah; and Left/Liberal/Progressivism, a difficult-to-name and hard-to-classify set of beliefs, attitudes, assumptions, values and prejudices which are forming a deadly embrace with the wholly antithetical culture of Islam. These two forces, given huge impetus under the Obama administration, are driving the world towards a new dark age characterized by things which the Liberal/Progressive world claims endlessly to be against but against which apparently it is unwilling to offer any resistance, indeed it seems destined to hasten their progress.

Liberal thought in the best sense, whatever its limitations, must be credited with the remarkable achievement of creating societies capable of combining social order with a high degree of personal freedom. This really is a huge achievement and is too readily dismissed by those of a more utopian cast of mind. It has led to the creation of societies with a high degree of compassion, a fact which the utopians are far too ready to dismiss.

There is no word for this mentality so I have called it malsi-tung. Those afflicted with it I refer to as Malisites.

The most despicable aspect of Malisites today is their pre-emptive surrender to Islam, a phenomenon they do not even bother to subject to serious enquiry. Basing their views on utopian assumptions instead of well-documented facts, they do everything in their power to smooth the path for this alien and cruel culture. If we do manage to avoid the descent into a New Islamic Dark Age, the part played by the Malisites will forever be remembered as one of the vilest in history.

Malsi-tung is essentially describing a relationship. The relationship, or better still, the dynamic arising out of the relationship between two cultural forces: on the one hand, the assertive principle of Islam demanding acceptance and total domination; on the other, the submissive, guilt-infused culture of the Christian world.

Islam stands fully ready to exploit the guilt-proneness, the ready-to-be-guilty nature of the Christian world (with all its secular derivatives like socialism and liberalism) to achieve dominance over it. It is like yin and yang. This dynamic is the crux of Malsi-tung. 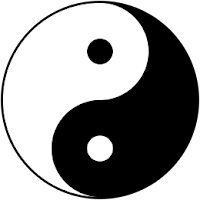