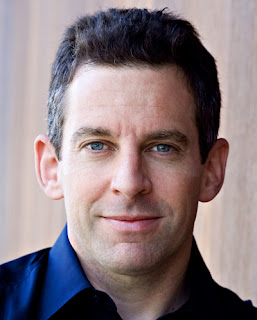 The ever-lucid Sam Harris recorded a very interesting interview with David Gregory in which he sought, among other things, to explain what he has come to refer to as the "narrative narrative".
This narrative is something we hear increasingly from politicians of the left and centre, less so from the true right.

I have transcribed Sam's words from the soundcloud recording which you can access here. The section I've transcribed starts at around the 40 minute mark.

In fighting ISIS or resisting the spread of Islamic theocracy more generally, we must at all costs avoid "confirming the narrative" of Islamic extremists. So the fear is that any focus on the religion of Islam or its adherents, like profiling at the TSA or intelligence gathering at mosques or merely acknowledging that we are not at war with generic terrorism but Islamic terrorism in particular; the fear is that this will drive many more Muslims into the arms of the jihadists; they'll become jihadists because of this.

But now think about what's actually being alleged here; think about the underlying horror and paranoia of this claim: let's say (this isn't a perfect analogy but it should work) you're a bald white man, right, and unhappily for you there just happens to be a global insurgency of neo-Nazi skinheads that's just terrorising a hundred countries, right; most white men are of course perfectly peaceful but this insurgency has grown so widespread and so captivating to a minority of white men that no city on earth is safe.

Bald white men have blown up planes and buses and burned embassies and even murdered innocent children by the hundreds, point blank; and we have now spent trillions of dollars trying to contain this damage; and many of these white men are seeking nuclear materials so they can detonate dirty bombs and even atomic ones, and to make matters worse many of them are validly suicidal and therefore undeterrable.

Now imagine what it would be like to hear presidents and prime ministers and newspaper columnists and even your own fellow white bald men expressing the fear that merely acknowledging the whiteness and baldness of neo-Nazi skinheads would so oppress and alienate other white bald men that they too would begin murdering innocent people; OK, imagine being told that at all costs we can't confirm the narrative of neo-Nazis by acknowledging that white bald men festooned with swastikas pose a greater security interest than elderly Hawaiian women, for instance, or that any kind of focus on people who look like this could be so offensive that it will lead other white bald men to act out in this completely insane way.

Now this is either the most pessimistic and uncharitable thing ever said about a community, in the case of the world's 1.6 billion Muslims, or it's true.

OK, now, if it's the former, if it's just pure paranoia to be saying this then we should stop saying it, right; but if it's the latter, right, if it's actually a legitimate fear that calling a spade a spade here will drive some terrifying number of otherwise ordinary Muslims into the arms of theocrats, so these people will then be "radicalized", they'll be calling for clitoridectomies for their daughters, or they'll be supporting people who throw gays from rooftops, well then we should be talking about nothing else; we should be obliging Muslims to talk about nothing else.

This is the most bizarre, uncanny fact about our world at this moment, if true.